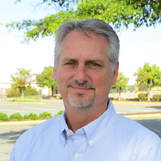 Ad Vice Studios was founded in 1997 by David Goodwin, a man on a mission to create “sculpture in advertising” - pylons, monuments, architectural signage and a variety of displays for commercial properties across the nation. A 1988 graphic design graduate of the famed Virginia Commonwealth University School of the Arts, David produced two-dimensional works after college before entering a design contest for a local signage company. He won, was hired as the company’s creative director, and fell in love with the 3D aspect of design. He founded Ad Vice Studios in 1997 to upend the commoditized signage industry with a fresh design-first approach and an understanding of the business factors that go into every sign on a commercial property.